The WCIC Session Chairpeople are: 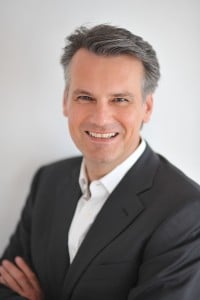 Rounded international business executive with strong manufacturing and sales experience both in Corporate and Private Equity Ownership. In my position as Chief Executive Officer of Deloro Group I run four businesses for Madison Industries, as US based industrial investment company.

During my three years with Kennametal I had positions both in EMEA and Global Sales and as Managing Director with full P&L responsibility in EMEA for a business segment of the group. This allowed me to combine sales, marketing, manufacturing, finance and RD&E responsibility. Prior to that as Business Director Engineered Components and Surface Technologies EMEA I was ran Kennametal’s Europe’s Wear Solutions Activities with a total topline around 200 MUSD.

I was the President of Deloro Stellite Group’s businesses in France (ATS Stellite and ATS Sferic) where I served as Managing Director from 2002 until 2006 and President until the successful exit from this business to Marle/Carlyle in 2011. Since 2004 I am an active member of the Board of Directors of the European Investment Casting Federation

Ron graduated in Chemistry, is a member of the Royal Society of Chemistry and as Managing Director of The Blayson Group Ltd is responsible for the Company’s global operations and activities. He has over 30 years’ experience within the investment casting industry and has had the privilege of working closely with numerous investment casting associations, institutes and companies Worldwide. He is currently a Board Director of the EICF. Combining these connections with his industry experience, he has been able to present numerous studies and reviews of the World investment casting market to a global audience. 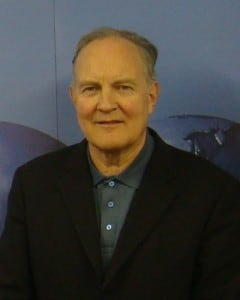 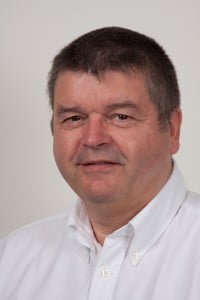 Stephen Pilbury is a sponsored graduate with Rolls Royce 1971-75 with degrees in Physics and Chemistry. He held various roles in the Crewe Investment Foundry Division which following the separation from RR plc became Vickers plc, Vickers Precision Components. During the period 1975-1994 Stephen held the roles of Development Chemist, NDT Manager, Laboratories Manager Foundry and Machining and Plant Manager before leaving in 1994. Also during this time he was company sponsored and gained a DBA and a degree in Occupational Safety and Health. Since 1994 Stephen has been the Managing Director of Dussek Cambell Yates Ltd (then part of Burmah Castrol Speciality Chemicals Division). In 1999 following the acquisition of Remet Corporation, DCY Ltd evolved into Remet UK Ltd. In 2003 Stephen and other partners had the opportunity to acquire the business which they did as Remet Corporation. Remet specialise in the R&D, Manufacture and Sourcing of materials for the Precision Investment Casting market. Stephen completed a degree in Geology in 2015 and have recently started studying bronze & iron age archaeology.

John Marcin is currently Manager of the Casting Laboratory at United Technologies Pratt & Whitney. During his 33 years at Pratt & Whitney he has led activities in advanced alloy development, advanced component manufacture, casting technology development, and investment casting supply chain management & creation. John also manages activities for United Technologies divisions involved with sand and die casting. He is the recipient of UTC George Mead Medal for Engineering Excellence (highest corporate award), 4 Corporate Leadership Awards and 35 Patents. He has served as President and Past President of the North American Investment Casting Institute (ICI) and is a Fellow of the American Society of Metals International (ASMI). 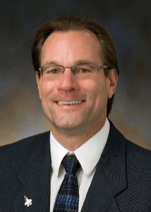 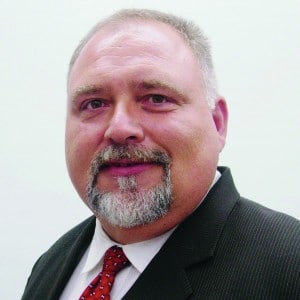 Joseph E. Fritz is the Executive Director of the Investment Casting Institute. A graduate of the University of Connecticut, School of Engineering, Mr. Fritz has over 30 years of experience in the aerospace, defense, energy and automotive industries, including extensive experience in investment casting.

He started his career as an engineer with General Electric Aerospace, working on several defense initiatives, including the Trident II Fire Control System and the Phalanx Close-In Weapons System programs.  While in GE’s employ, Mr. Fritz completed his post graduate studies at Union College, earning his MBA. He later went on to work with a number of manufacturers in the investment casting industry, including Alcoa Howmet Castings and Doncasters Group Ltd where he made contributions to numerous programs, including the Joint Strike Fighter, the Boeing 787 and the M1 Abrams tank.

Over his career, Mr. Fritz has successfully held leadership positions in engineering, quality assurance, manufacturing, operations, marketing and sales. Prior to taking on the lead role at the Institute, he was Vice President of Research and Operations at Lucintel, an international management consulting and market research firm.  There, he directed the research arm of the organization, validating and publishing nearly 500 market research papers, as well as supporting and conducting numerous consultancy projects in the materials and technology sectors.

Since joining the ICI, Mr. Fritz has placed a strong focus on enhancing Member services, promoting the industry and developing the industry’s human resources. He has been instrumental in the expanding the Institute’s outreach initiatives through social media and the establishment of the INCAST On the Go mobile app and the INCAST Newsletter. His efforts have helped broaden the range of industry support services in the form of the ICI Interactive Learning Portal and the Ask the Experts feature on the ICI website. Most recently, the Institute has created new Member recognition programs, the Hall of Honor and Innovator of the Year awards, under his leadership.

Mr. Fritz has been a major advocate and driver of inter-association collaboration, which has led to several ongoing initiatives with other trade associations including the American Foundry Society, the European Investment Casters Federation and the Foundry Educational Foundation

Pam is the Chief Executive of the Cast Metals Federation (the trade association for the UK castings industry). Prior to this she was the Chief Executive of the Institute of Cast Metals Engineers, ICME, a professional body registered with the Engineering Council and a UK registered charity. Pam has a BSc (Hons) degree in Metallurgy and Materials Science and a PhD from Cranfield University for research on Fatigue and Fracture of Cast Steels.

Pam is a Fellow of ICME and was awarded a Meritorious Services Medal in 2010 and was the recipient of the EJ Fox Medal in 2015. She is a Liveryman of the Worshipful Company of Founders and a Trustee of the Tor Lodge and Applecross Trust, a charity that supports the professional development of individuals in the Castings Industry. 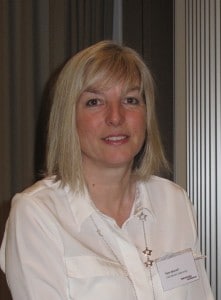 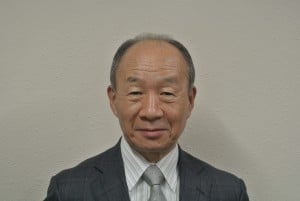 Yukio Nasu was born in 1944 at Nagoya City and graduated from Metallurgical Course of National Nagoya University. He entered Nittoku Metal Industry of Tokyo (one of the subsidiary of Sumitomo Heavy Industry) in 1967. He began Investment Casting Business in 1973 licensed from Teledyne PICCO (one of the CPP Group right now) of USA in the field of steel investment casting.

Uri Joseph is the CEO of International Precision Casting Supplies, Ltd and its affiliates, operating as technical agents and distributers of materials specific to the Investment Casting Industry.  In this role, Uri manages both the commercial and technical aspects of the business, providing leadership and support for international sales across four continents and oversee offices in the United States and the United Kingdom.

With over 25 years of experience in the ICI, Uri has been instrumental in the recommendation and implementation of process and product improvements to IPCS customers worldwide.  Uri has an expansive background in the Investment Casting Industry, which offers a unique blend of knowledge in waxes, shell systems and ceramics 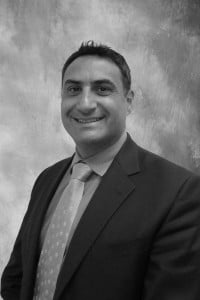 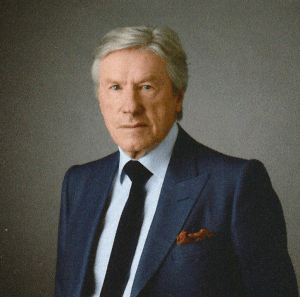 Jean François is  Doctor es Sciences Physique Corpusculaire and Engineer by E.N.S.P.M. and graduated in the World Commerce Institute. Most of his professional life has been linked with the study, development and commercialize of premium cast Alloys and super Alloys. Since 1969 he has been associated with Cannon-Muskegon, being Director of CM European Office. In 2008 he founded AMA Services, from which he is Chairman, continuing the cooperation with Cannon-Muskegon

Virgilio Oliveira is the Managing Director of Zollern & Comandita.

He has been working for the german ZOLLERN Group for the last 25 years and is responsible for its investment casting activity in Portugal. Virgilio Oliveira has been an active member of  the EICF Board of Directors for more than ten years 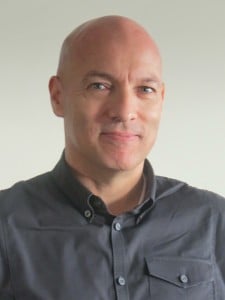 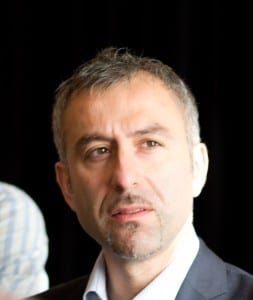 Danilo holds a master degree in Industrial Chemistry with more than 15 years experience of industrial minerals in the refractories, metallurgy, glass, abrasive and foundry industries.

He is member of the board of the European Investment Casters’ Federation. He is the author of a large number of papers, presentations and patents on the properties and uses of refractory materials for the moulding process in the Investment Casting Industry.

Since 2014 he is Marketing and Innovation Director of Imerys Refractory Minerals, member of the Imerys group, world leader in the production of highly engineered mineral products for a large number of industrial applications.

Steve Irwin is a Rolls-Royce Associate Fellow, Fellow of the Institute of Materials, Minerals & Mining and Vice President of the EICF. He has been extensively involved in the investment casting of both SX and conventionally cast gas turbine components for the past 25 years. In his current role as Rolls-Royce Casting Specialist, Steve is responsible for the acquisition of a number of process & material technologies across Rolls-Royce’s global network of domestic & JV foundries. 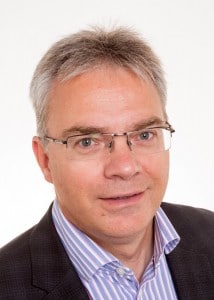 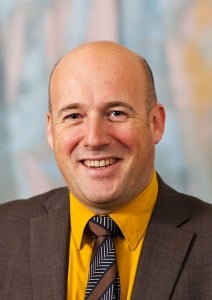 John Machielse went to the University of Amsterdam to finish his Master in Chemistry & Catalysis in 1992. In 1994 he finished a post-academic degree in Process Development at the University of Twente and also got his Master in Chemical Engineering. From 1994 until 2003 he was head of the R&D team at Byk-Cera BV, who produces wax additives for the paint & ink industry. After 5 years in marketing & sales in Honeywell’s synthetic wax department, he moved to Paramelt in 2009 to become Business Development manager for Casting waxes. John Machielse is technically & commercially responsible in the European market for all Paramelt-Argüeso-Kindt Collins waxes related to the Investment casting industry.

Steve has recently completed his PhD at Cambridge University studying the effect of reactive element additions to nickel base superalloys. Returning to the investment casting industry in 2014 as the Technical director of Uni-Pol ltd, a global leader of turbocharger turbine wheel castings. Prior roles were President of the EICF from 2012 – 14, Global supply base manager for turbine and compressor wheel castings at Honeywell Turbo Technologies, Technical Director of Trucast Ltd and Ceramic specialist Manager at Rolls-Royce Plc.Bristol and Derby Uk where he was instrumental in the conversion from alcohol based investment slurries to the current water based systems still used today. Steve has published over 40 papers over the last 28 years and is a current member of the EICF board. 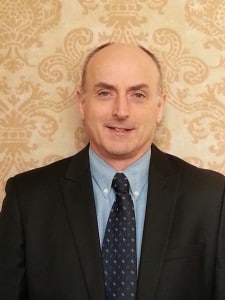